A Roman city resides within a large mountain, hidden from light and prying eyes. Only 23 people call this secret society home, and they appear to live harmoniously together, but looks can be deceiving. Time has taken its toll on each soul, but they can never leave, and more pressing yet, cannot sin, for even the most minor white lie or act of theft will steal the life from everyone. An angry god lords over this cave, and any misgiving will trigger a curse called “The Golden Rule.” The offenses of previous generations can be seen across this city – grim reminders not to sin, no matter where you are or what you are doing. These people need your help, and they somehow summon you from 2,000 years into the future.

Equipped with technologies they’ve never seen before (like a flashlight), you are now a part of their world – a newcomer that these people don’t seem to fear or question. But why? The Forgotten City skillfully plays up this mystery through a beautifully penned story loaded with meaningful player choice, making you feel like you are genuinely sculpting your path as the plot unfolds.

The name “The Forgotten City” may seem familiar to Skyrim players, as it’s the title of one of that game’s most popular mods, downloaded more than 3 million times, and so successful in its storytelling that it won an Australian Writer’s Guild award. The creator of that mod is Nick Pearce, and he’s taking a second spin with his time-traveling concepts in this excellent standalone game of the same name. While shedding Skyrim’s dark fantasy setting for a brighter aesthetic, it still clings tightly to the Elder Scrolls formula. That’s perfectly fine, as Pearce and his development team at Modern Storyteller play it like a beloved fiddle to bring the characters, their world, and your exploration within it to life in fascinating ways, even if the tech behind it all feels a little dated.

When you step foot in this hidden Roman world, you’ll see it has everything the people need: gardens, water, extravagant homes, yet no way to leave. You arrive via a wormhole and quickly find that your first motivation is to get to know all residents. This task unfolds through extensive conversations that almost always give you numerous questions to ask. Most of The Forgotten City’s gameplay consists of conversations. Thanks to the excellent writing, you walk away from most of these chats with a better understanding of the characters, their motivations, and what they may be up to – not to mention being intrigued by the large narrative that unfolds around it. I don’t want to give away too much of the plot or mystery at hand, but many conversations initiate quests (both critical path and optional) that you can activate and pursue. Most are of the simple variety of locating someone, questioning someone else, or perhaps even setting a trap, but most add up in significant ways when it comes to gaining leads. 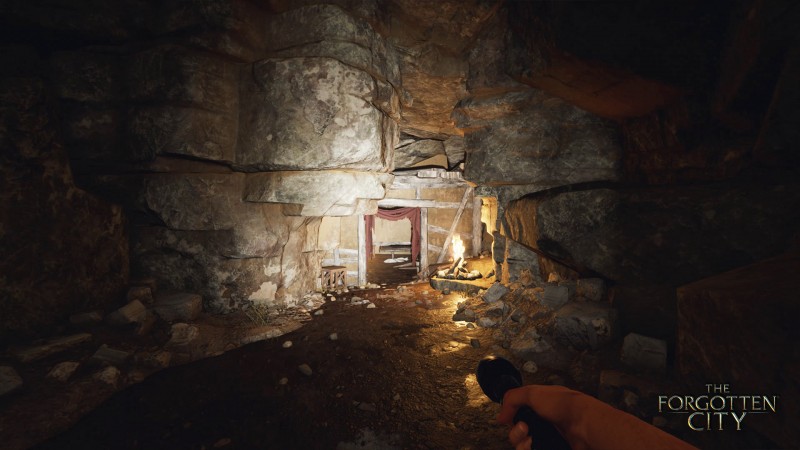 The Golden Rule these people are governed by also applies to you, and you may be tempted to break it from time to time in conversations or as you explore the city. A lie could get you an answer, or you could steal a potion you need to heal someone’s illness, but these acts may doom everyone in the process. Doing these things may seem foolish, but here’s where things get interesting: As the people lose their lives, you need to race back to the wormhole to reset time. If you make it, you retain the knowledge you’ve gained and any items you grabbed, but the society resets to square one. You now have information that will help you solve the riddles faster. You can also use the information you learned about people against them, as they are taken aback by the knowledge you are weaponizing.

Time travel is used in awesome ways, and much like the film Groundhog Day, you make parts of the same day different each time you reset it. Modern Storyteller knows people won’t like redoing the same things over and over and found a few solutions to speed up events that you should be repeating. Depending on how you play your hand, you can reach four different endings. A few come up quickly, but the true ending takes about 10 to 15 hours to reach. I managed to see two of these endings (and a timeline shows where the others I missed take place in the larger narrative). Both of my conclusions were somewhat shocking in their setup but satisfying in how they closed the door for the society and my time traveler.

As the story unfolds, some quests focus intently on a blend of combat and environmental navigation. The combat and jumping mechanics are a little rough (feeling just like Skyrim). Still, these sections remain fun, spin the larger mystery on its head, and above all else, give you a nice break from the conversations at the right times to keep the experience from getting too repetitive.

The Forgotten City does a great job making you feel like a skillful sleuth, pushing you to run across town with sizzling leads. The only downfall to this excitement is some of the more significant moments come up short in visualization. If characters are doing anything other than talking, they often move in strange ways, and the environmental events (like falling debris) are quite janky. You also won’t learn much from facial expressions or body language, as characters are all primarily expressionless, yet are thankfully saved by exceptional voice work and writing. 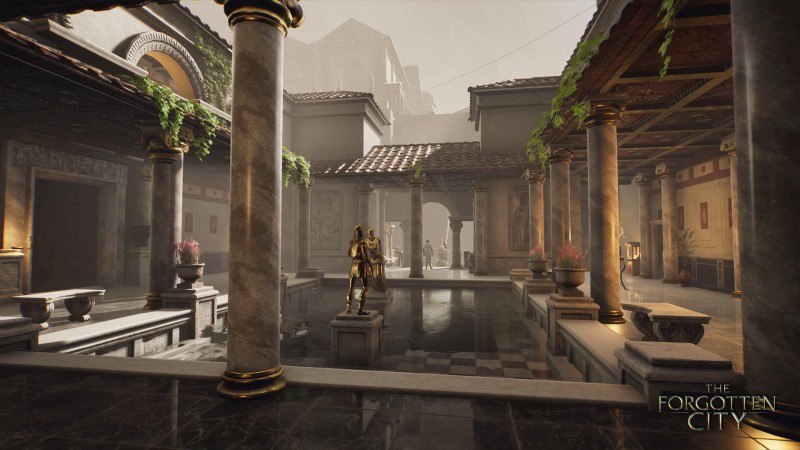 Regardless of the visual shortcomings, The Forgotten City stands tall as a unique game that pulls you in with its world and words. I got a huge kick using time travel as a detective tool and found many of the characters to be delightful to chat with (even if they hold many dark secrets). If you are in the market for a different type of game that pushes you to stitch together a story in different ways than you would expect, don’t sleep on this inventive experience. It’s one that you won’t soon forget.

Fishing: North Atlantic delivers up a tasty drop of Scallops

Shine bright with the Fortnite Fallen Light Pack and V-Bucks

The Winner Takes All in Street Outlaws 2 on Xbox, PlayStation, Switch and PC

The perils of Tails of Iron await!