The next physical release from Super Rare Games is a bit different from the company’s usual line-up. There’s no “once a digital exclusive turned physical for Nintendo Switch” here, but something just as important – game preservation. Crafted by Super Rare Games’ “Head of Saying Stuff” Ryan Brown, he’s picked 30 games from the indie-game, freeware scene and compiled them plus six demos as Super Rare Mixtape Vol. 1. Watch the trailer below showing off all 30 games – some even look like they’re part of Nintendo’s GameBoy, GameBoy Color, GameBoy Advance, and Nintendo 64 libraries:

Each copy of Super Rare Mixtape Vol. 1 comes with a collector’s box, USB tape cassette, and a full-color manual showcasing each game all for $40.19. Pre-orders will be accepted starting on Thursday, August 19th at 10 a.m. PT | 1 p.m. ET, and customers can order up to two copies of the collection. Super Rare Games is currently estimating that copies will be shipped out in late August/early September. 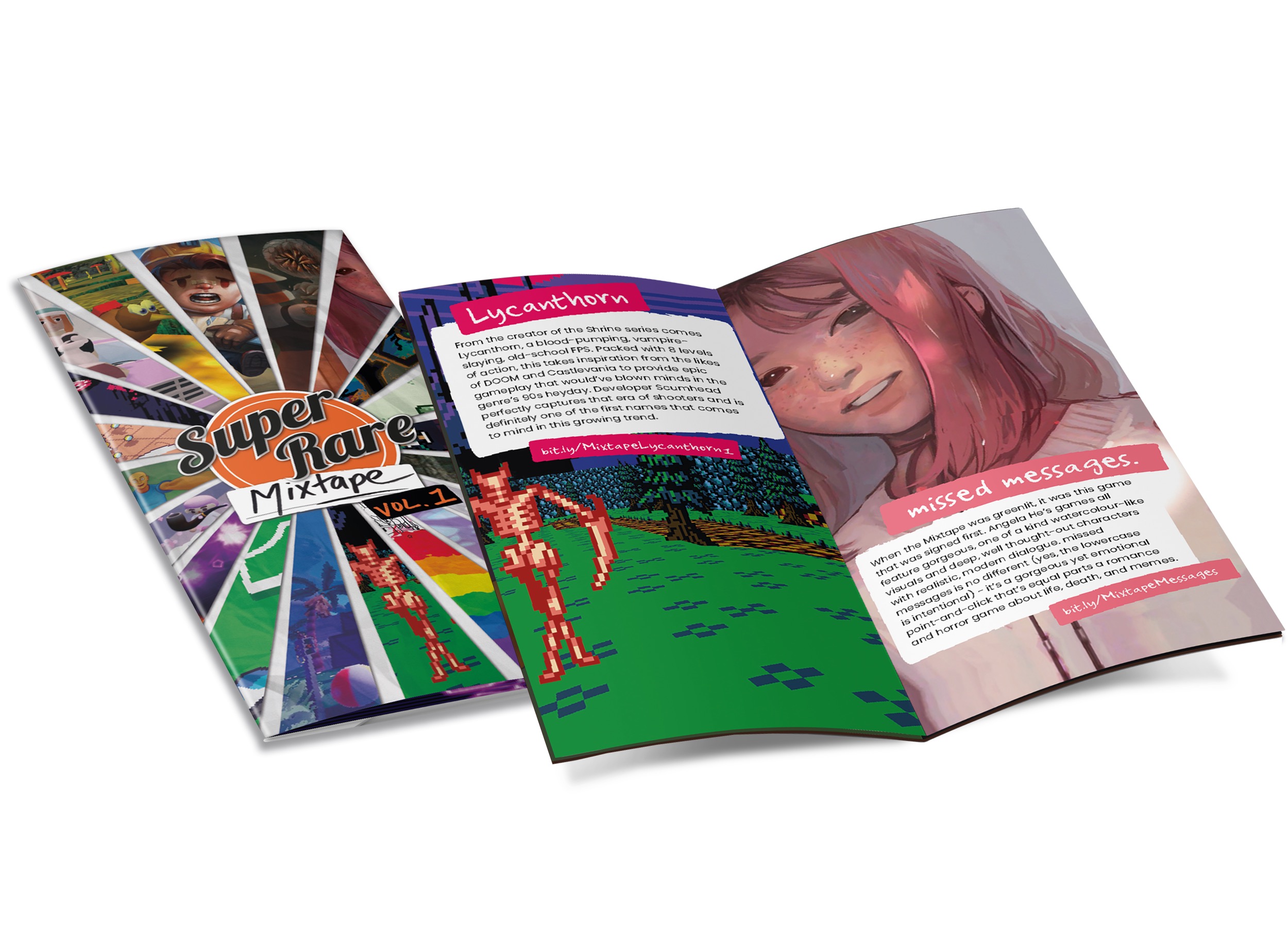 As for how this project came together, you can hear all about it from the project’s creator – Ryan (more commonly known as Toadsanime online):

Interested? Make sure to set your alarms for when Super Rare Mixtape Vol. 1 orders open on Thursday, August 19th at 10 a.m. PT | 1 p.m. ET. Depending on the success of the first volume, we may see a Vol. 2 appear!