Boyfriend Dungeon Review – To Woo Or Not To Woo, That Is The Question

Visual novels are nothing new, but they flourished in the late nineties as an offshoot of Japanese adventure games. More of an interactive experience than the usual gameplay, these titles center around a journey where the player chooses between several story routes, effectively shaping the narrative. This genre is also known for its bursting romance simulators, though in recent years the medium has started to cater to a wider player base beyond the usual target audience. Boyfriend Dungeon puts a roguelike spin on the genre and weaves a compelling storyline with a comedic twist reminiscent of games like Dream Daddy.

In the latest Kitfox Games adventure, you craft your character by choosing your hairstyles, clothing, pronouns, and other basic tweaks with a limited character creation tool. Once done, players travel to Verona Beach to get a fresh start on life with the support of the player’s mom and their cousin Jesse. Your room inside your cousin’s old digs opens up a new world of possibilities, a world that happens to be filled with people that can turn into weapons. The visual novel twist? They are all ridiculously hot.

The story is more than its romantic ties. It’s about facing personal fears and learning more about yourself and opening up to those around you, even when looking for simple friendship. I felt like I had more to do within Boyfriend Dungeon than the usual visual novel niche, particularly with player choice regarding the cast of characters and the dungeon-crawling gameplay style. Boyfriend Dungeon mixes in roguelike gameplay, making it more than just an interactive novel. As far as roguelikes go, this is pretty forgiving. The action is simple and repetitive. Dying has no real penalty, you simply leave the Dunj (which is a mall crawling with monsters in the form of old cell phones and VHS tapes) and wake up back in your apartment. There is also the additional option of the Shield in the menu settings, allowing a defensive buff when in the heat of battle, which should help players looking for an easier time.

Throughout this journey, you choose your weapon ally, discover hidden locations, find tucked-away safes full of loot, and take moments between rounds to squeeze in a little extra one-on-one time with your love interest. The setup is cute, but limited in variety. Until you reach the bottom depths, each level looks exactly the same and the enemy types are repetitive. To counter this redundancy, you can swap out your weapon before each level, allowing for new conversations and combat strategies. For instance, running with a dagger is pretty fun for the upper floors while the enemies are still at an average level and not too overwhelming. On the other hand, something more powerful like Seven’s Lasersaber is a good pick when you’re going down into the deeper levels where meatier enemies lurk. My favorite weapon was Sawyer, who is a glaive, because we share a love of poetry but they also just kick a ton of butt when it comes to getting cornered mid-fight. As you progress, there are more instances of enemy encounters that switch up the enemy types. 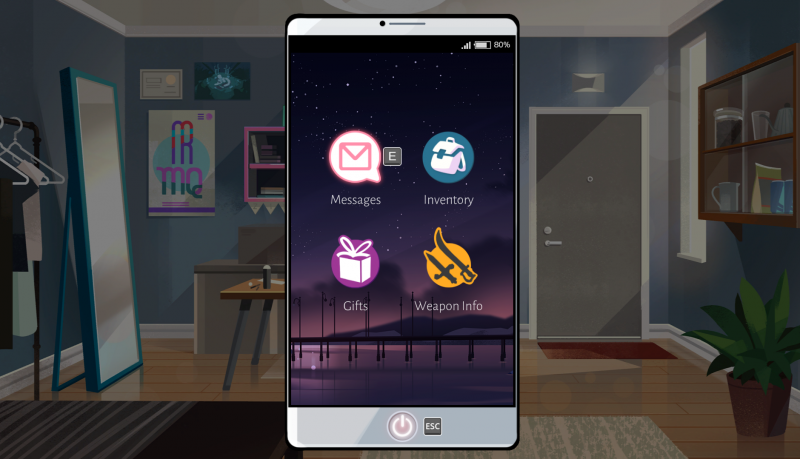 The true Boyfriend Dungeon experience lies within the game’s characters. The mainstay romance options include Sunder, the bad boy with a secret, and Valeria, a woman with a free spirit and a checkered past. There are also splintering flirt options, those met throughout the course of the game but not included in the “main cast” of love interests. There are men, women, and non-binary potential romance options to get to know without the pressure of getting lovey-dovey. Unlike many games in this space, Boyfriend Dungeon won’t punish you for favoring one character over another, you can choose them all or none at all! And if romance is not your thing, Boyfriend Dungeon allows players to remain friends with the characters they meet, alleviating any pressure to make the “right choice.”

Each character has their own deeper story to uncover. Some storylines are light-hearted, while others tackle “real” subjects such as betrayal, the longing to belong, and the continued process of growing as a human. Not every storyline hit a home run, but each character is unique and easily relatable. I instantly connected with characters like Valeria, and I enjoyed watching her journey of re-learning how to trust again, both platonically and romantically. Kitfox does a great job keeping that relatability believable despite the game’s premise.You can give gifts to the characters you treasure the most, listen to one another’s stories, and get to know each other in true visual novel style through dates and battling out those Dunj monsters. 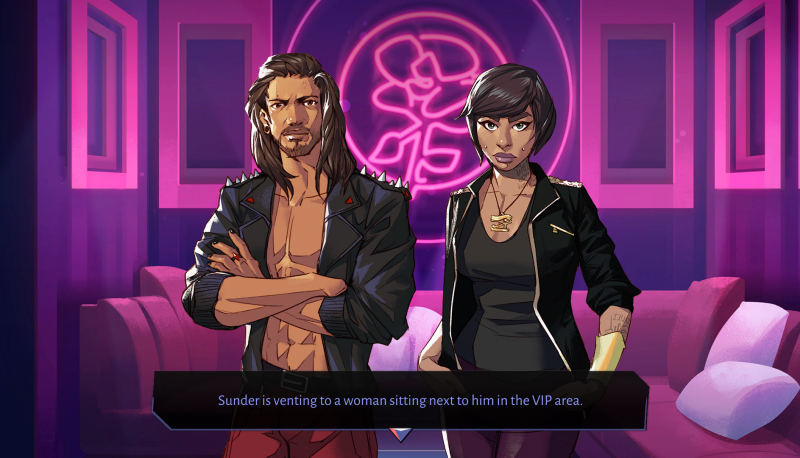 At the beginning of the game, there is a content warning that notifies players about the sorts of topics covered in the game, including elements of stalking, harassment, and what it means to consent. With that warning in place, some have felt that this warning wasn’t enough, in particular with one particular character that immediately feels off. As the story progresses, his responses become more and more possessive and it’s clear that you have a stalker on your hands. You can’t block his in-game text messages, you can’t stop him from popping up to ruin dates, and you can’t really rebuff him other than stating clear boundaries like telling him to stop if he says something too uncomfortable. Though I wish there was more of a realistic way to deal with this character, I didn’t feel that his presence in the game hurt it. In fact, I felt the opposite. I despised him as a character but I did appreciate the element he posed: not everything is sunshine and roses and you can’t always control who sees you when you put yourself out there. He added complexity to the Boyfriend Dungeon story that gave the friendships and relationships forged in the game more meaning while providing the perfect juxtaposition to what healthy bonds look like. Even if I still want to block him into oblivion.

Overall, Boyfriend Dungeon is an enjoyable experience for fans of both roguelikes and visual novels. I like that it gives you the option to make the adventure live up to the romance simulator hype, or just meet some great characters to become friends. Boyfriend Dungeon offers a charming gameplay experience despite its simplistic mechanics and redundant enemies. With more characters teased for the future, I can’t wait to dive in to see what’s next.

If comments are still showing as disabled, a site update is happening on our side that has caused a temporary takedown. We hope to have them back up and running soon so our community can go back to sharing their thoughts with us about everything gaming-related!

Shine bright with the Fortnite Fallen Light Pack and V-Bucks

The Winner Takes All in Street Outlaws 2 on Xbox, PlayStation, Switch and PC